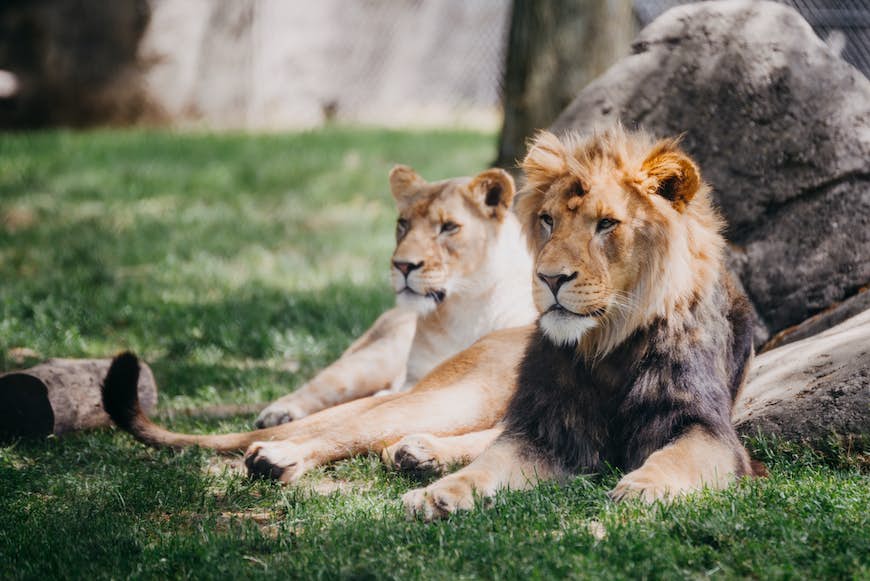 Indianapolis may be best known for its racetrack and stadium, but Indiana’s state capital also boasts two state parks and hundreds of green spaces. Whether bundled up in winter coats or baring sunny shoulders in the long-awaited summer heat, residents and visitors with children flock to the 130 playgrounds dotted around the city and county parks.

If you want to sweat in the great outdoors after brunch at an Indy brewery or stroll through a fragrant flower garden before heading to Lucas Oil Stadium for the big game, you’ll find your perfect spot at one of these top Indy parks.

Get the most out of every adventure with our weekly newsletter delivered to your inbox.

Dubbed “Indy’s urban escape,” White River State Park is home to an amphitheater, the Indianapolis Zoo, the NCAA Hall of Champions, Victory Field, and more on 250 acres of greenery. As if that weren’t enough, the city’s Central Canal and White River also flow through the park. In the summer, grab a bite to eat at local food vendors, rent a kayak, or take a Segway tour. Families flock to the children’s maze and the free concerts on the lawn.

In 1968, Martin Luther King Jr. was assassinated outside the Lorraine Motel in Memphis. Later that day, more than 450 miles north of Indianapolis, Robert F. Kennedy commemorated MLK in a speech calling for justice and peace. The Landmark for Peace Memorial stands here. It depicts King and Kennedy reaching out to each other. This moving memorial and surrounding green space is the best park in downtown Indy for respite and quiet contemplation.

Pack a picnic and admire the skyline from Highland Park

It would be easy to blink and miss the tiny Highland Park east of downtown Indy, but this city park offers some of the best picnic views of the Indy skyline. The Hoosiers also know it as one of the best vantage points for the 4th of July fireworks. Pack a picnic or buy a pizza at King Dough a few blocks down Highland Avenue and enjoy an afternoon in the sun.

Smell the flowers in Garfield Park

Indianapolis’ oldest park is also one of the most lush. You’ll find families, photographers, and couples hand-in-hand strolling the free picnic area and hiking trails in good weather. The Sunken Garden and the colorful, fragrant herbs and plants inside Blake’s Garden invite visitors to literally stop and smell the flowers. On a rainy day—or any day you fancy a glimpse of the tropical foliage—spend $3 to explore the Garfield Park Conservatory. On snowy winter days, join the crowds hurtling down the Garfield Park toboggan run.

Take the dog for a long walk at Eagle Creek Park

Eagle Creek Park is on the northwest edge of Indianapolis. With 3900 acres of nature and 1300 acres of reservoir, Eagle Creek is one of the largest municipal parks in the country. It acts more like a community center than a humble urban park. With 16 miles of walking trails, a dog park, golf course, exercise stations and several playgrounds, no one is likely to be bored. It is also home to the Peace Learning Center, an educational institution dedicated to promoting peace and equity in the region.

Have a good time at Holiday Park

Holliday Park may not be Indy’s oldest or largest green space, but it’s definitely a Hoosier favorite. With walking trails, wildflower gardens, and a huge indoor nature center filled with books, interactive exhibits, and hands-on learning activities for kids, what’s not to love? ? Don’t miss the real star of the city park: The Ruins, an artistic facade of New York’s former St. Paul Building. Part building ruins and part sculpture park, it includes a space for contemplation, a summer concert hall, and a children’s water table, making it the focal point for Holliday Park gatherings.

Embark on a mini adventure at Broad Ripple Park

Although it’s a 20-minute drive north of downtown, Broad Ripple Park stays busy, thanks to its plethora of family-friendly amenities. You’ll find families picnicking on the hillside, couples joking at a friendly tennis match, parents pushing strollers along the paved paths that pass by outdoor fitness stations and even a boat ramp. water for paddling the White River. An outdoor pool, playground, picnic shelters, and one of Indy’s most popular dog parks complete the package.

Fort Harrison State Park is in Lawrence, about 13 miles from downtown Indy, and its location is what makes it the perfect retreat from the traffic and crowds of the city. This landscape offers equal parts military history and untouched nature. Formerly known as Fort Benjamin Harrison, the campus once housed an Army training center and a World War II POW camp. It is now the site of the 20th Century War Museum and several annual World War II re-enactments. The park’s wide range of accommodations – from primitive camping to full RV hookups – and its easy access to trails through woods, ravines and fishing spots along Fall Creek, make it a haven for RVers. visitors who enjoy hiking and camping.

Exercise on the Monon Rail Trail

Ask most Indy residents where they walk their dogs, run on the weekends, or bike to work, and you’ll quickly realize the importance of the Monon Trail. Decades ago, this former 42 km rail corridor began a long transformation to become the paved urban greenway of today. You can walk, bike or even cross-country ski between hubs like downtown Indy and the Indianapolis State Fairgrounds or relax on a shorter route like Broad Ripple Village in Broad Ripple Park.

This 20-acre flower hill is on the campus of Butler University, but Holcomb Gardens is free and open to the public. Wander through thousands of native trees and flowers, stroll along hedgerows, stop at the Garden House, or rest on one of the stone benches in the so-called “corner of poets”, where the benches feature quotes from famous poets. With a canal, a gazebo and a small waterfall, it’s no wonder Holcomb Gardens has become a favorite spot for photos and proposals from the elderly.