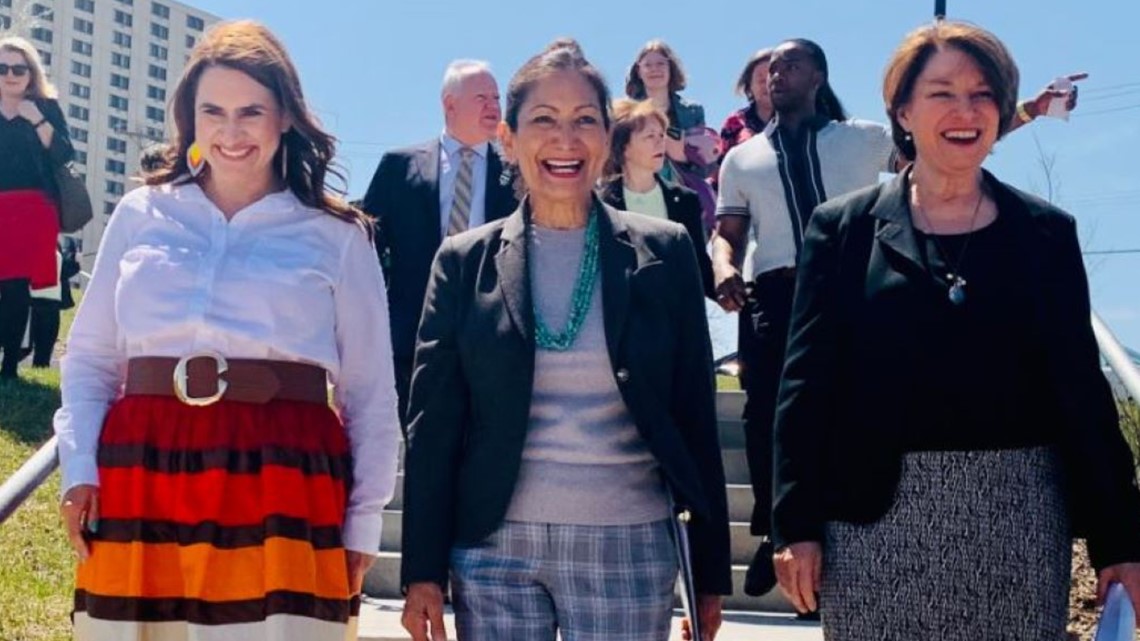 Leaders say the money will also make access to the outdoors more equitable, accessible and inclusive in urban areas.

ST PAUL, Minnesota – Minnesota is expected to get about $9 million to renovate parks and build new trails, especially in urban areas.

That’s thanks to the US Department of the Interior, led by Secretary Deb Haaland. She announced the news during her visit to the Twin Cities on Friday.

“We are committed to ensuring that everyone, wherever they come from, can enjoy the blessings of nature,” Secretary Haaland said.

Research shows nature is good for you, but for a long time outdoor spaces have lacked diversity and accessibility due to discrimination, and people of color are likely less engaged with nature.

“There’s this thought that it’s not for us,” said Debbie Njai, who started the group Black People Who Hike three years ago. He has thousands of supporters on Instagram, many of whom now walk together every week.

“When you look at historical exclusion, black people weren’t allowed in the same spaces,” says Njai. “So we’re almost like this first generation that really has this opportunity to reach the masses and pass that on from generation to generation.”

According to the US Department of the Interior, 26 other cities across the country will receive $61 million in grants to create new parks, trails or make substantial renovations. It will enable urban communities to create new spaces and opportunities for outdoor recreation.

“Not everyone has access to that car or that RV, and so city parks are such an important part of our lives,” said Minnesota Senator Amy Klobuchar, who also attended the event. .

The group acknowledged that while Minnesota’s parks system is a national leader, there are still 100 million people across the country who don’t have one near their homes.

Adding that money and people like Debbie Njai will make nature even more appealing to various users.

“By dating a group of people who look like you, you feel safe, there’s a sense of community,” says Njai. “You know, it’s something really special.”

Parks expected to get funding include Rice Recreation Center in St. Paul, Soldiers Field Park in Rochester and Willard Park in Minneapolis.

RELATED: St. Paul and Minneapolis are among the top five park systems in America

Watch the latest local news from the Twin Cities in our YouTube Playlist: