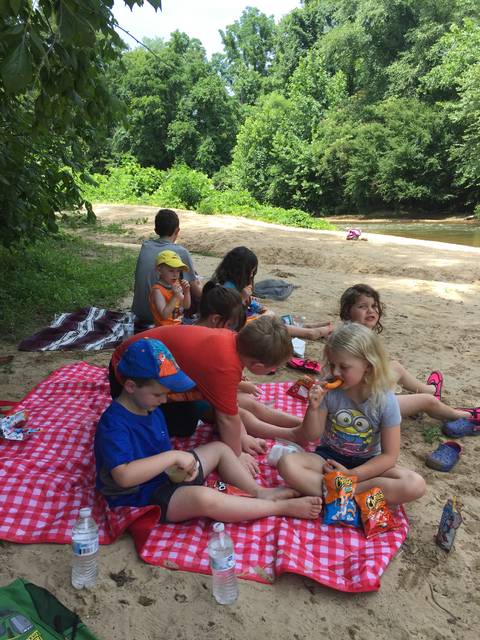 Outdoor parks add to the quality of life

Nothing says summer like a visit to a local park. The open space, recreation areas and abundant nature serve to revitalize the spirit and give joy to all who visit. Fortunately, in this region there is a plethora of federal and state parks. However, the local city and county parks cannot be overlooked.

With the start of the Industrial Revolution in America in the late 1800s, people moved to cities to seek employment opportunities. As cities developed, open spaces and the quality of life declined. Those who could afford it took vacations to rural, often mountainous, areas to “get some fresh air” and rejuvenate their health. The White Sulfur Springs Hotel is a local example.

However, the pressure to have natural environments in cities started in earnest so that all residents could enjoy them. The first foray into the parks began with ‘pleasure gardens’, which offered city residents a picturesque and well-kept natural space in the heart of the city; Central Park in New York is a perfect example.

In the early 1900s, people looked more in city parks. People not only wanted to see nature and walk in parks, they were looking for a more active role for themselves, and especially children, in nature. The new push for parks has focused on recreational opportunities and playgrounds in a safe space near home. Over time, recreational opportunities have expanded to include the addition of indoor facilities, swimming pools and ball fields.

In the United States, there are 423 national parks and 6,600 state parks. The state of North Carolina has 34 state parks, four recreation areas, and three staffed state natural areas. Surry County has a long agricultural history due to the region’s rich natural resources. Many of the parks we know and visit today were developed from farmland. Fisher River Park, under the care and management of Surry County Parks and Recreation, developed in this way.

In 1872, the county acquired 400 acres outside Dobson’s from the Jones family. Until the 1950s, the land was used as a “poor farm” and included barns, structures and two cemeteries that still exist today. In the 1970s, plans were implemented to use the land for recreational purposes. In 1998, ball fields were built and in the early 2000s the playing field was built. Today, the park spans 135 acres and includes ball fields, playing fields, a horseshoe pit, walking trails, a mountain bike trail, picnic shelters and a amphitheater. The mountain bike trail was created in 2003 with the help of a $ 5,000 state Adopt-A-Trail grant and is 4 miles long.

The green way is a paved surface connected in the shape of a horseshoe open to cyclists and joggers or walkers. It consists of three segments; the Emily B. Taylor Greenway section, the Confluence Greenway section and the Ararat River Greenway section. Along the greenway there are fishing opportunities, park access points, kayak and canoe ramps, and picnic areas. The parks offer grounds, playgrounds, playgrounds, a skate park, picnic shelters, a disc golf course and a dog park to name a few of the amenities.

In addition to city and county parks, there are a variety of private parks in the area. What is known as Veterans Memorial Park was once the CW Taylor Farm and spans 36 acres. Originally it was known as the Gentlemans Driving Park and hosted horse races and shows for the community. The VFW and the American Legion jointly purchased the property and opened the park in 1947. Dedicated to the local war dead, it was one of the first community parks offering recreational activities. Today, the park operates on its own with the income it generates from events, such as the Mount Airy Old Time and Bluegrass Fiddlers convention and the Surry County Agricultural Fair.

Originally known as Buzzard Rock, Raven-Knob Park opened to the public on July 4, 1948 and offered cabanas, dancing, swimming, boating, fishing, and picnics. on 250 acres. However, from 1954 to 1959, the park changed from a public space to a scout camp. The park was purchased by the Winston-Salem Foundation but was titled by the Old Hickory Council for the Boy Scouts to use and renamed Raven Knob Scout Reservation. Today it is wholly owned by the Old Hickory Council and covers 3,600 acres.

July is Parks and Recreation Month, so get outside and enjoy one of the area’s many parks.

Justyn Kissam is Director of Programs and Education at the Mount Airy Museum of Regional History. Originally from Winston-Salem, she moved to the state for her education and public history work until settling in Mount Airy. She can be reached at 336-786-4478 x 228 or [email protected]