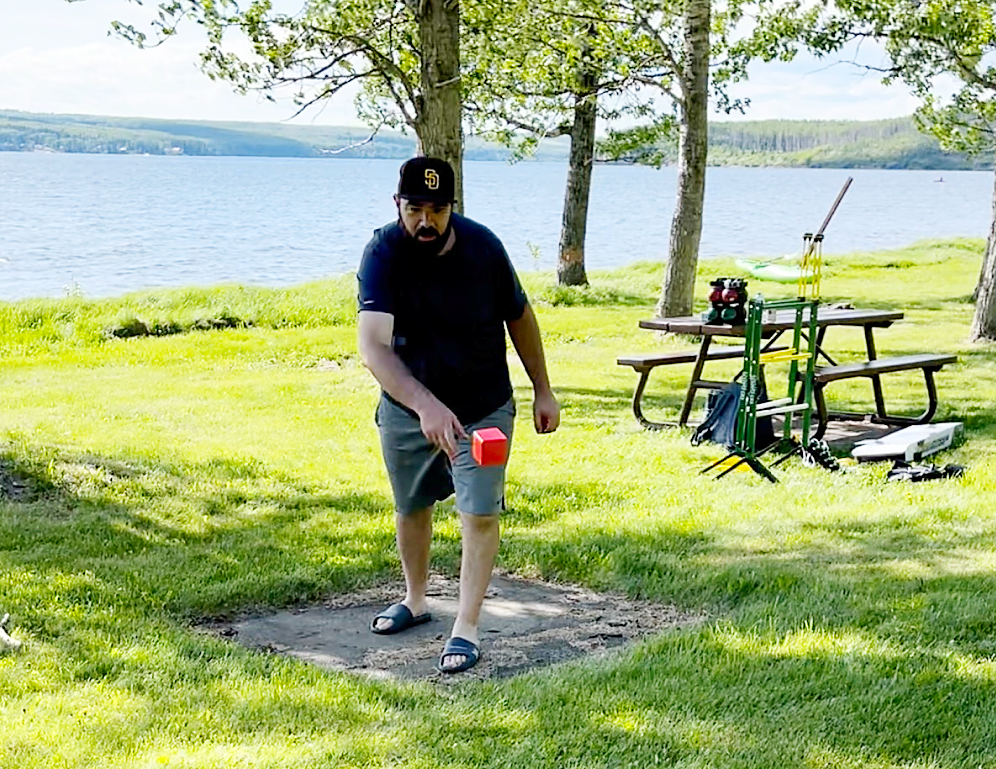 Into the Box: Crazy Bocce and outdoor games

When I play pÃ©tanque, it’s definitely about scoring points and being competitive.

Nothing says summer than taking your pÃ©tanque ball or croquet set when you take a day trip to the lake.

Well this year it’s more likely to say that nothing says summer like 40 degree heat in which you are endlessly exhausted and can’t even think of moving, let alone playing a game. which requires you to move and throw objects.

Fortunately, the heat wave is leaving us just in time for Canada Day, with normal weather over 26 degrees remaining. This weekend will be a great time to hit your favorite lake or park and reunite the family for your crew’s favorite game. My favorite is definitely pÃ©tanque, and mainly because of my Italian heritage. I have fond memories of seeing my Nonno and all the other uncles standing on the field at a picnic, playing pÃ©tanque.

They never seemed to score the points, and it’s hard to tell if they were even having fun, but they were really happy to be together and enjoying each other’s company.

However, when I play pÃ©tanque it’s definitely about scoring points and being competitive. That’s why a new game I got, Crazy Bocce, is so much fun. It is essentially ordinary pÃ©tanque, but with wooden cubes. Unlike normal bocce you can usually tell where the ball is going to go based on a bounce, it just depends on how hard you throw it.

However, with Crazy Bocce things get crazy. It doesn’t matter where you throw it, or how badly, I swear these cubes bounce in every way they can. If you play to win it will drive youâ€¦ crazy. It doesn’t matter if you are playing for fun, to win, or just to do something with family or a group of friends, Crazy Bocce and most of these types of activities will serve your purpose.

My other favorites are the ladder ball and the croquet. I love croquet because it’s more like a sport, and you can blow your opponent’s ball as far as you want and no one can say anything about it because it’s literally in the rules.

I remember the first time I saw someone play ladder ball, I thought it was the coolest thing, although in theory it’s not much different from horseshoes or pÃ©tanque, but that’s why I love these games. There are endless variations – like the PÃ©tanque Ball or the Crazy Bocce – and they all require a slightly different skill.

So this Canada Day and beyond, don’t forget to pack your favorite game or two, and I’ll see you at the park. Crazy Bocce and other games are available for purchase from The Northern Toybox.

2021-06-30
Previous Post: Family Hikes: A Fun and Safe Way to Enjoy Outdoor Activities During the Pandemic
Next Post: Best outdoor games for teens