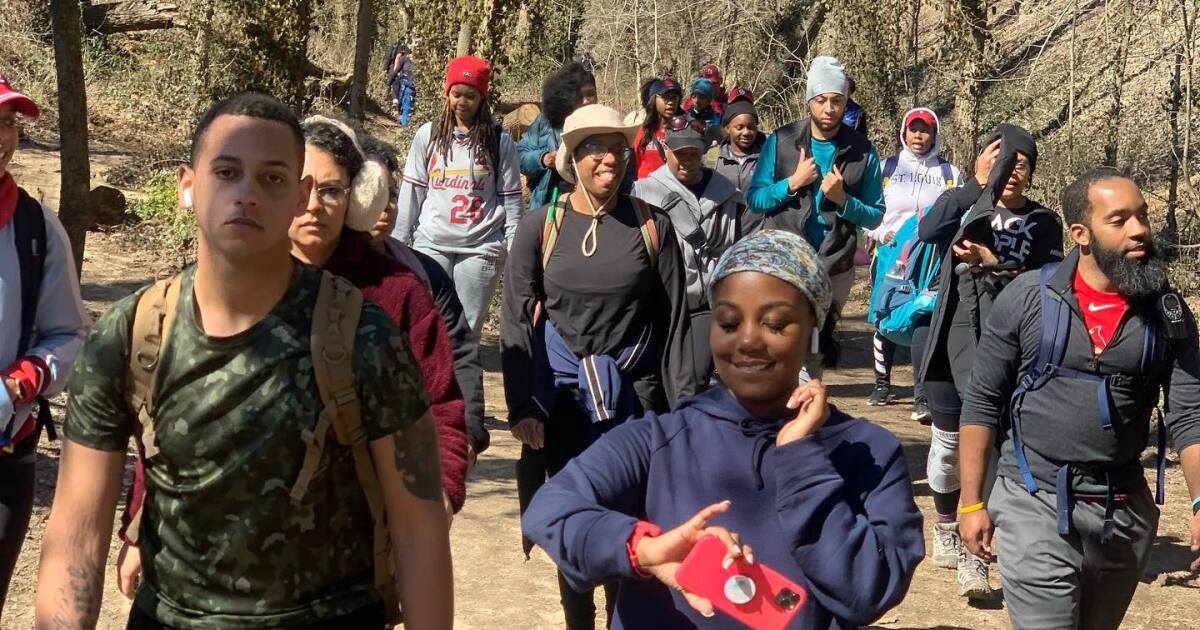 Black people hikinga St. Louis-area outdoor group is trying to help attract more African Americans to national parks with a tour of national parks in five cities across the country.

The group received a $120,000 ParkVentures grant from the National Park Foundation. The philanthropic arm of the National Park Service wants to pay the way for people of color to experience some of the park’s 423 sites that historically did not include black people.

Trips to national parks can be beneficial for black people in St. Louis because experiencing nature is good for mental and physical health, said Debbie Njai, founder of Black People Who Hike.

“Hiking itself is a form of meditation,” Njai said. “But to really take it a step further and incorporate journaling or incorporate mindful yoga, or affirmations at the start of the day, I think people will see an even higher effect.”

Njai started hiking in August 2019 to relieve stress during a painful time in her life. While hiking in the area, Njai noticed that she was often the only black person on the trails. This prompted her to start the outdoor group to try to get more black people in St. Louis interested in hiking and the outdoors.

Since September 2019, the group has hiked nearly 75 trails in the region and are now heading to top national parks.

According to data from the National Park Service, only 6% of all national park visitors are black. The National Park Foundation aims to help increase this with its grants. The St. Louis group is one of more than 40 nationwide to receive funding.

Federal grants will pay for park entrance fees, in-park and town transportation, food, outdoor gear, and lodging for each participant. People who wish to attend the visit will have to organize their own travel. However, the group will provide scholarships for people who might need help getting to the parks.

“Most people book their trip to some of these most popular national parks, even a year in advance, just to make sure they can get accommodation and travel accommodation while they are in the parks,” Njai said. “So we’re making sure to relieve that pressure from our community.”

Most excursions in the park will last three or four days and include activities such as hiking, kayaking, wildlife viewing, sand sledding, stargazing, camping, yoga, meditation and journaling.

The tour will also include walking tours of the Black History Park.

Njai said it would be the first time she and other black people from St. Louis have visited famous national parks. She said many black people don’t have exposure to the outdoors as children and aren’t aware of the connection between African Americans and national parks.

The National Park Service opened its first park in 1872. However, because some parks were segregated, African Americans could not visit until the 1950s. Although several generations of blacks were not allowed to visit the sites until ‘At the end of segregation, the all-black 92nd Infantry Division, also known as the Buffalo Soldiers, served as park rangers and protected lands and rivers from the late 1800s to the early 1900s.

Throughout history, people of color have had to consider whether or not they were safe when visiting parks, said Nichole McHenry, regional relevance, diversity and inclusion program manager for the parks service.

“I think now not only the National Park Service, but organizations like Black People Who Hike and some of these other new organizations, understand the importance of people of color getting outdoors,” he said. she stated.

McHenry said black people can learn about the country’s rich history and the stories behind the wildlife, plants and people who have protected the land.

Njai hopes the tour will change the landscape of national parks with an abundance of black people visiting each year.

“I think just exposing black people and re-engaging black people in hiking in St. Louis is a big deal…but really going to these national parks outside of Missouri is hiking at a another level,” Njai said.

Anyone interested in participating can request information by texting NPT2022 to 55444.