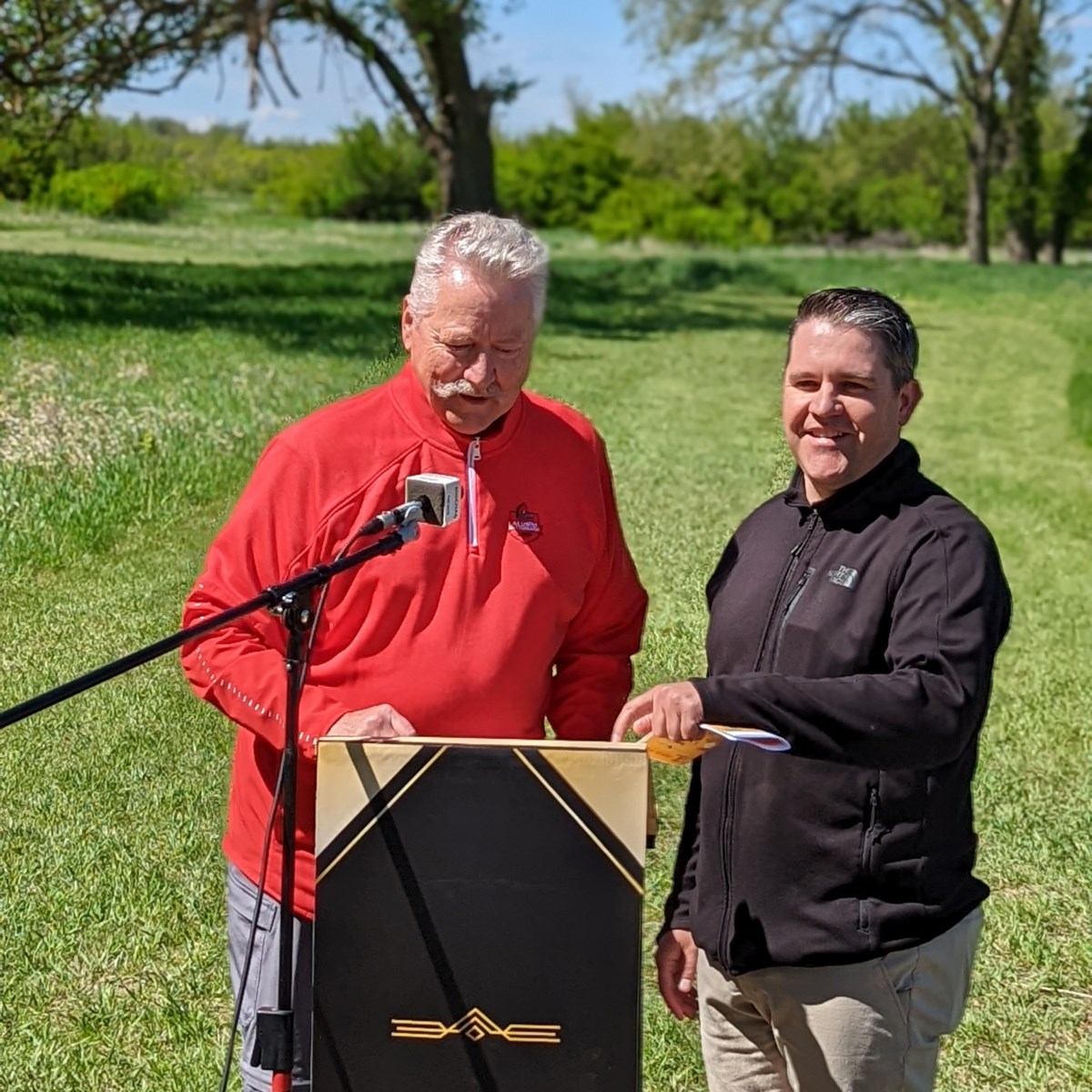 ‘Get out and enjoy the summer’: Mayor proclaims June Parks and Recreation Month

“I just want to encourage everyone to get out there and enjoy the summer,” Tolley said. “I rode my bike here today, trying to lead by example by exercising and enjoying our parks.”

The City invites residents to participate in a “notoriously active” social media showcase campaign. In collaboration with Wakamow Valley, the City has created an activity calendar with an activity for each day in June.

The schedule is available at moosejaw.ca/parks-recreation-culture/recreation-guide/.

“The real prize for everyone, at all times, is to be notoriously active,” said Scott Osmachenko, director of city recreation services. “That’s what it’s really about, is getting out there, being active and spending time with people you enjoy being with.”

That being said, Osmachenko noted that some of the contest prizes available are a three-month family recreation pass, day passes to Yara Center or Kinsmen Sportsplex, and various Saskatchewan Parks-sponsored giveaways. and Recreation Association and Sask Lotteries.

A complete list of activities in and around the town of Moose Jaw, including parks, walking trails and event listings, can be found in the 11e edition of Explore Moose Jaw magazine available from Moose Jaw Express/MooseJawToday.com.

“On June 1, today the (city) spray parks are open,” Osmachenko said. “We have National Fitness Day on June 4, as well as June 13 the outdoor pool will be open, so those are some of the highlights of this calendar.”

After signing the proclamation, Mayor Tolley, Recreation Program Supervisor Curtis Dumont, and Osmachenko each grabbed a few discs from one of the Wakamow Valley Disc Golf Packages – available for free at the Wakamow Valley Authority office – and played the sixth hole of the course.

“It’s really good to see the citizens of Moose Jaw having fun,” said Tolley. “Make sure you are one of those people, go out and exercise.”