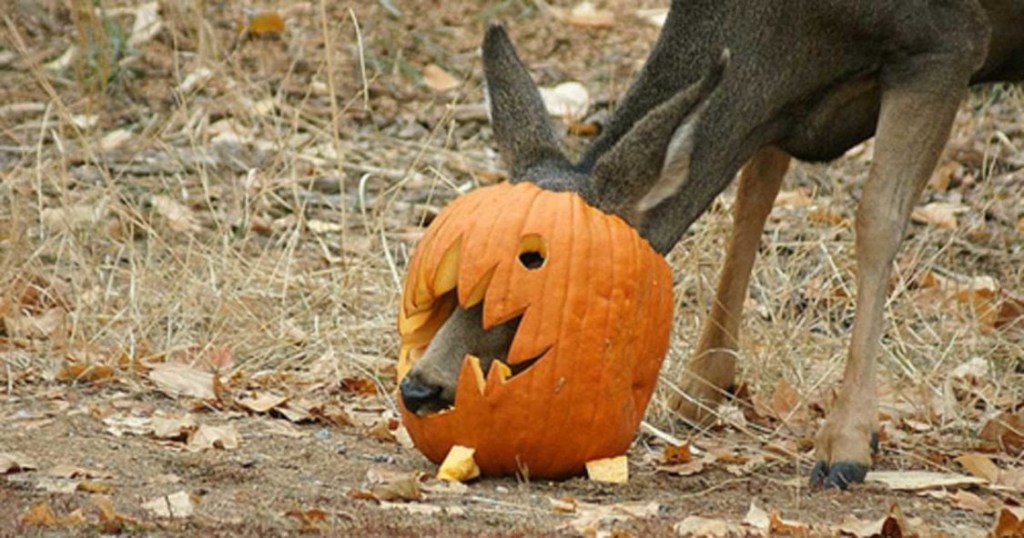 Colorado Parks and Wildlife, the state’s conservation, recreation and wildlife management agency, reminds residents that it is illegal to intentionally feed wildlife in Colorado and calls for proper disposal Halloween pumpkins instead of leaving them to the animals.

“We want our wildlife to be supported by the resources that are found naturally in their habitat,” CPW wildlife pathologist Karen Fox said in a press release. “Our policy is definitely not to provide supplemental big game food in any form.”

According to the CPW, leaving pumpkins for wildlife may seem harmless, but this practice could have unintended consequences.

Deer feeding on pumpkins can attract predators such as mountain lions to residential areas. Bears are also attracted to pumpkins because the animals try to add calories before their calving season, leading to unnecessary conflict between humans and bears.

Feeding wildlife can also habituate these animals to human forces and cause them to congregate, which can lead to the spread of disease.

“Other animals such as raccoons that may carry distemper or other diseases could also enter these pumpkins, and you don’t want potentially sick animals hanging around your home, especially if you have pets,” said Steve McClung, CPW’s assistant director of wildlife. the press release.

Many communities provide pumpkin disposal sites, and it is common for ranchers and farmers to take pumpkins to feed domestic livestock.

CPW is also asking residents not to throw pumpkins on public lands. Halloween season coincides with hunting season in Colorado.

“We see pumpkins thrown in the forest,” McClung said. “Please don’t do this. It can be considered bait.

For more information on living with wildlife, visit CPW at cpw.state.co.us/