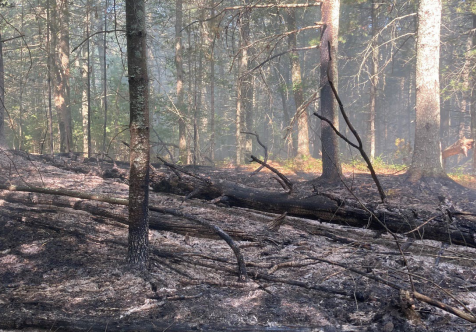 PROVIDENCE, RI (WPRI) – An increased risk of wildfires has led the Rhode Island Department of Environmental Management (DEM) to ban open burning in all campgrounds, parks and areas of state management.

The ban comes into effect on Saturday, August 20. It comes about 24 hours after an unattended campfire in Burrillville sparked a brush fire that scorched about eight acres of land.

Campers will, however, be allowed to use portable gas stoves and grills in designated areas, the DEM said.

The agency will continue to monitor drought conditions to decide when the ban can be lifted.

So far this year, more than 70 reported wildfires have burned about 42 acres of land in Rhode Island, according to the DEM.

The DEM has offered some important safety tips:

Rhode Island remains in extreme drought, and the DEM says the state has seen an increase in wildfires as a result.