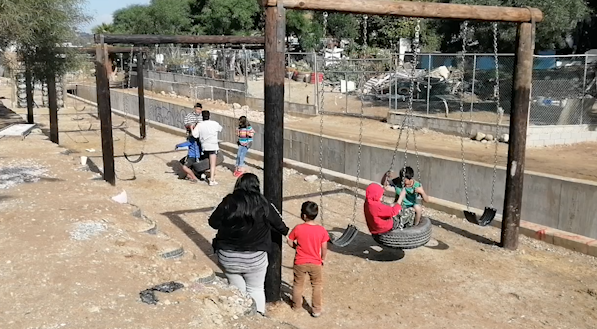 Over the years, thousands of tires have made their way through the canyons and the Tijuana River, flowing north of the border into US territory.

Many end up in the ocean, but many of them get stuck along the way and sit there for years.

“We have a terrible problem with tires,” said Fay Crevoshay, director of communications and policy for Wildcoast, an environmental group based in Imperial Beach, Calif.

Boom collects tons of trash, but Mexico must step in and build recycling plants, say environmentalists

For decades, Wildcoast has attempted to clean up the Tijuana River Valley, which is also home to tons of trash, plastics, chemical waste, raw sewage and other debris flowing north of the border from Tijuana. , in Mexico.

But tires are considered extremely problematic because they also help spread disease.

“They’re so big and they hold all kinds of water inside when it rains and are really good vectors for creating mosquitoes and disease, and all kinds of snakes and rats can be there, it’s a terrible problem,” Crevoshay said.

In order to combat this problem, Wildcoast has collected and recycled some of the tires.

Now he uses them to create parks in canyons south of the border.

“We wanted to prove to Tijuana that, hey, you can use this property, so we built a whole park out of scrap tires,” Crevoshay said. “We also ended up building a small football pitch, fencing, so the ball wouldn’t go into the river which carries sewage, basically sewage, raw sewage and the kids could get sick.”

According to Crevoshay, the tires are also used to buttress retaining walls and exterior stairways used by residents to enter and exit the canyons where their homes are located.

Crevoshay says the park and use of old tires has been so successful that the city of Tijuana is now asking if more can be built.

Visit BorderReport.com for the latest exclusive stories and breaking news on issues along the U.S.-Mexico border

“Everyone loves parks, we can build a lot more, Tijuana is one of the cities with the fewest parks.”

Crevoshay says Wildcoast would like to build additional parks if it can get funding, which it is actively pursuing. The park cost $63,000 to build.